Time for some finished objects!
Hummingbird and Hollyhocks

This was stitched for my Grandma. She provided the pattern, floss, and cloth and I the eyesight and needlework. It took about 5 years, and was rather ambitious for me at the time with the confetti-heavy background and the fact that it is full coverage. Before this I had half-heartedly stitched on a few kits that were given to me, and finished only one of them. The rest will be forever lost to the UFO pile due to some glaring miscounting errors. 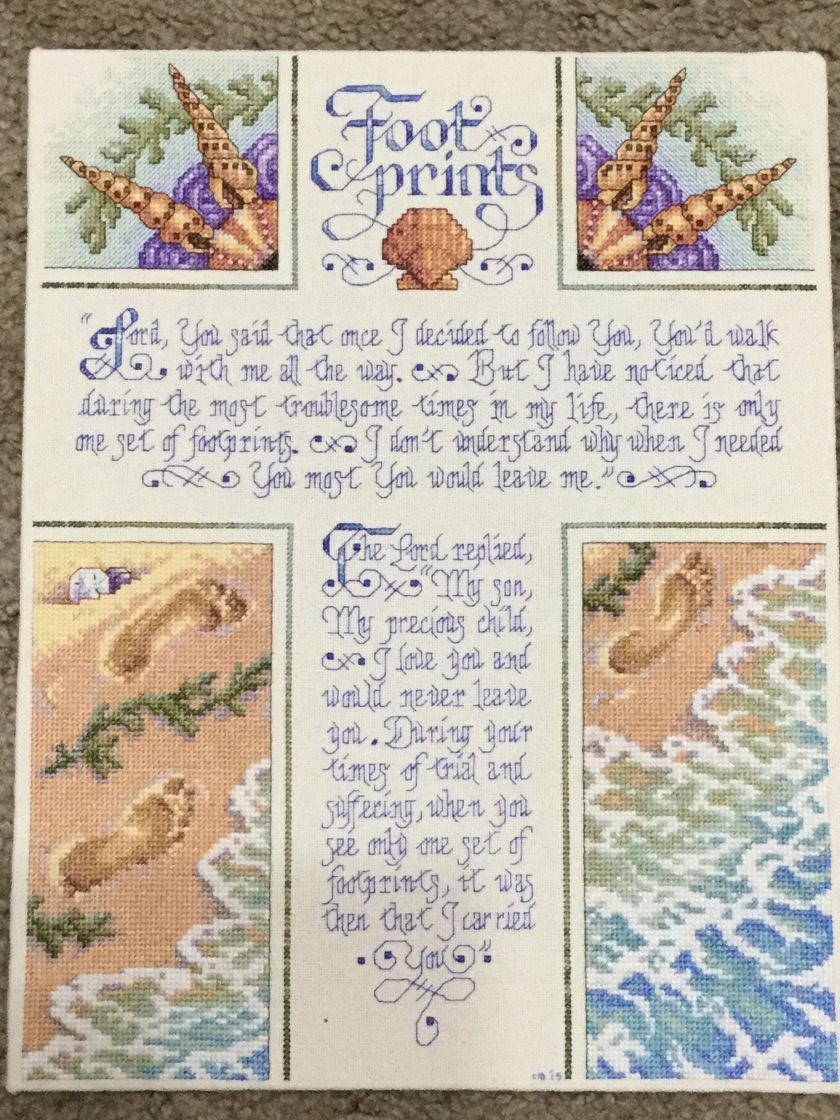 My second finish, ever. This is a Bucilla kit, stitched on evenweave. If I remember right, it came with this fabric. It was an interesting experience, being as inexperienced as I was, and attempting to stitch over two. I consider it a success, as there was very little frogging involved, and I can recall only one major error. Once I got going on this, it took me about 9 months. 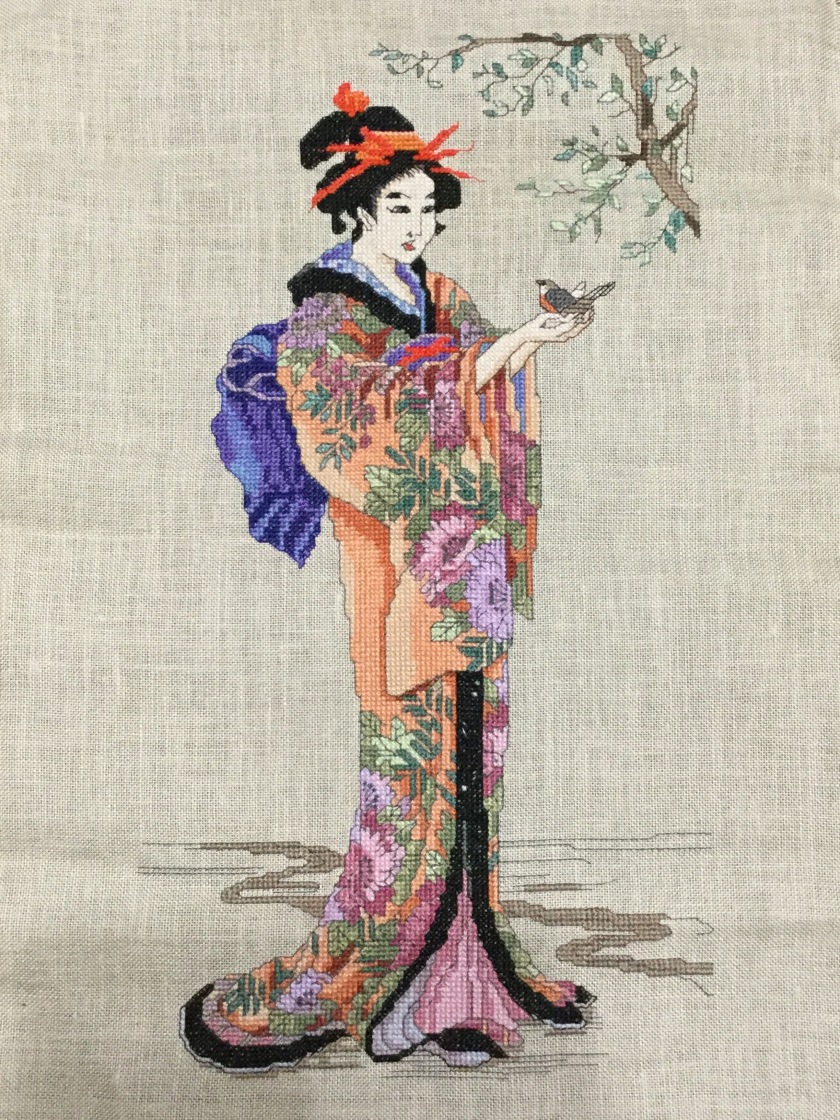 A Janlynn pattern that I picked up at some point between the Hummingbird and Footprints. This was my first attempt to stitch on linen. I thought that since I’d stitched on evenweave it would be a walk in the park. Wrong! I’m blaming it entirely on the fabric, though, as it is truly awful stuff – something synthetic and slippery and not actual linen. It was cheap. The next time I use linen, it will be a proper linen, thank you.

This was a kit, and a very quick stitch. After Geisha, I was sick of french knots, so I attempted some beading. It……worked. Sort of. I learned a lot about beading, and have been considering going back and redoing the beads, but I don’t like touching a finished project, so we’ll see. Most of the beads are in the blackwork on the edges.

A Riolis beading kit. This was the first serious beading I did, and once I got into the rhythm of it, I loved it. I’ve also done a dandelion beaded piece that I forgot to take a picture of before I gave it to the friend it was intended for.

This is a pattern from Cross Stitch Quest, done on a remnant of that awful linen from Geisha. This is going to a friend that loves Moana once I get it finished entirely. I’m not sure if I want to frame it, mount it like a canvas, or turn it into a flatfold. Decisions, decisions…..
So, 7 finishes over about 8 years. Considering that I have a great fondness for large projects and full-coverage pieces, not bad.

Plans for the future – stitching up all the kits I have on hand (all 6 of them) and then starting on my Heaven and Earth Design stash. I have several patterns I’ve made myself that I’ll fit in as well.

I’m a shift worker that was bitten by the stitching bug some years back. My primary hobbies consist of cross stitch, knitting, crochet (which has fallen by the wayside in recent times), reading and art in general. Due to my work schedule I can be found roaming the ‘net, keeping house, and happily stitching from my corner of the sofa at all hours of the night. I can also be found over on deviantART: https://silentnarrator.deviantart.com/ And on Instagram @3rd_shift_stitcher View All Posts