It’s been a while! Much has happened! More or less, work and life got the better of me, and any stitchy blogging went by the wayside, so brace yourself. There’s a lot of updates coming. 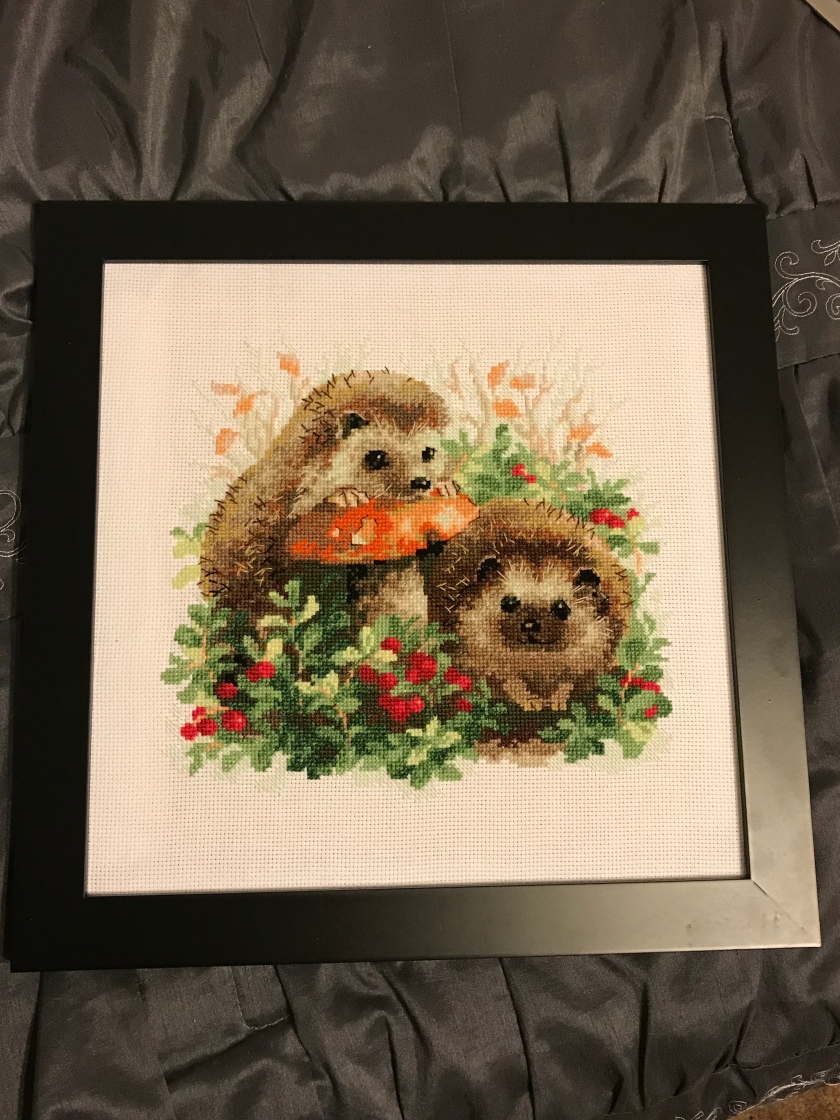 These guys are finally framed! I didn’t end up taking them to a framer – I’d stumbled across a square frame and it was a perfect fit. The backing was NOT square, so I stretched it over the glass instead. 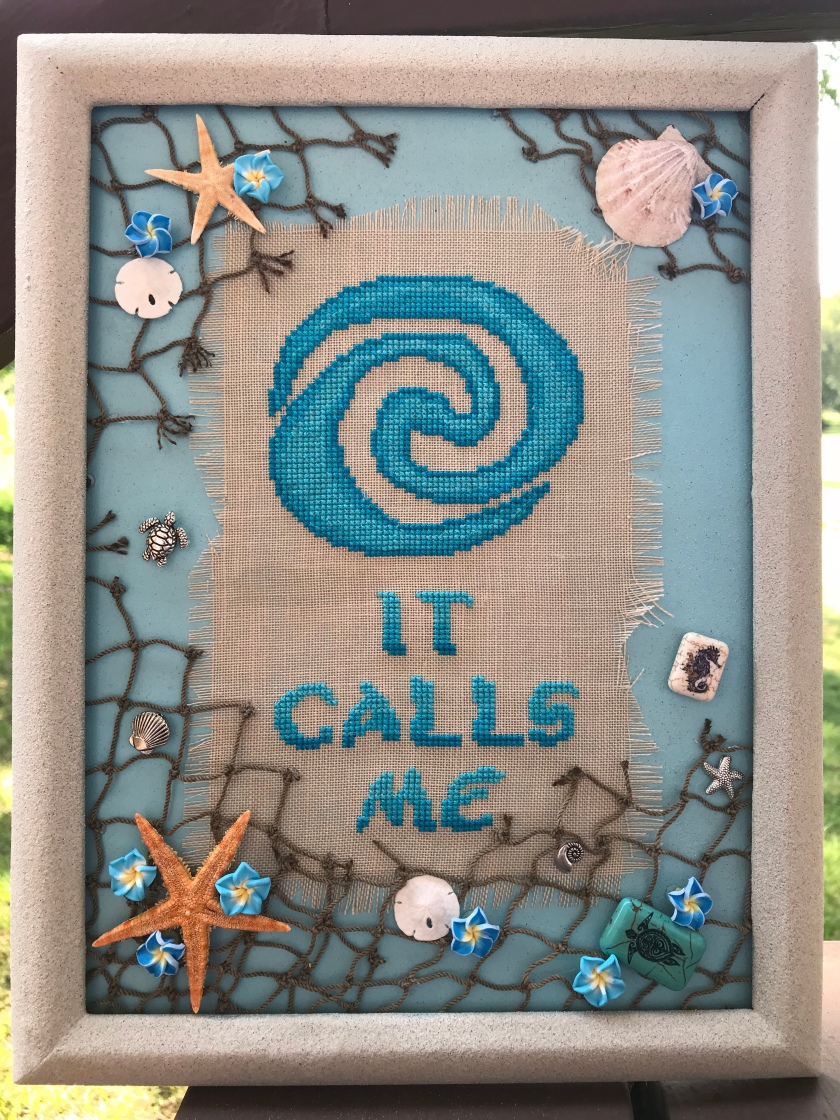 This was a bit of a journey to put together. I had no clear idea what I wanted it to look like, so it began with trips to the various craft stores in the area to see what sea-themed items were available. It’s finished in a mini poster frame with two different spray paints – a matte blue and a sand textured one. For as unorganized as the finishing started out, I love the way it ended up. It has since been given to its intended recipient. 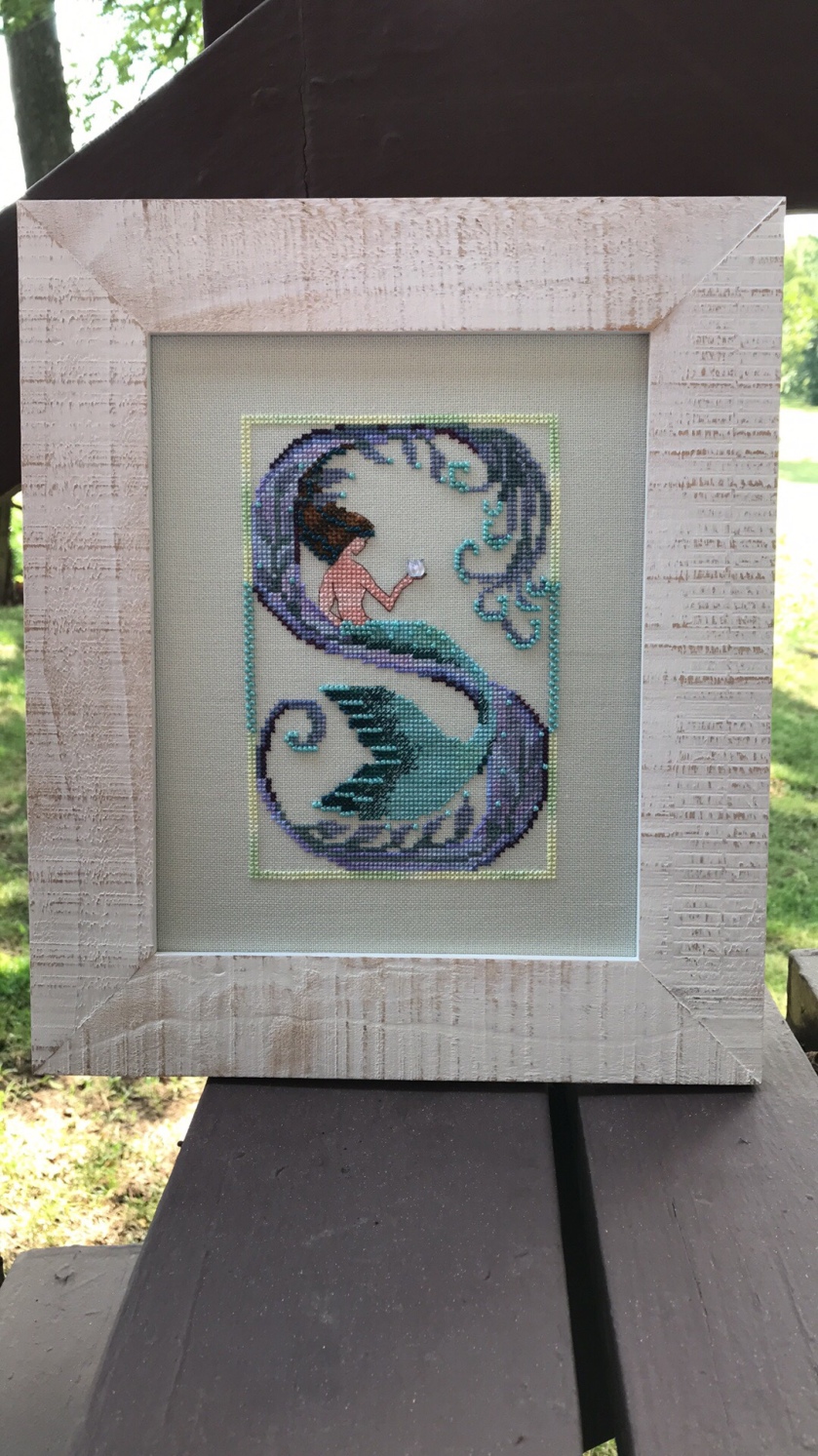 This pretty one was started sometime in February or March of 2018 and finished in July. First time using variegated floss, and it was …..interesting. I learned a few things. While variegated flosses are far from my favorite to work with, I do appreciate the detail they can add. She was gifted to the same friend that got It Calls Me. 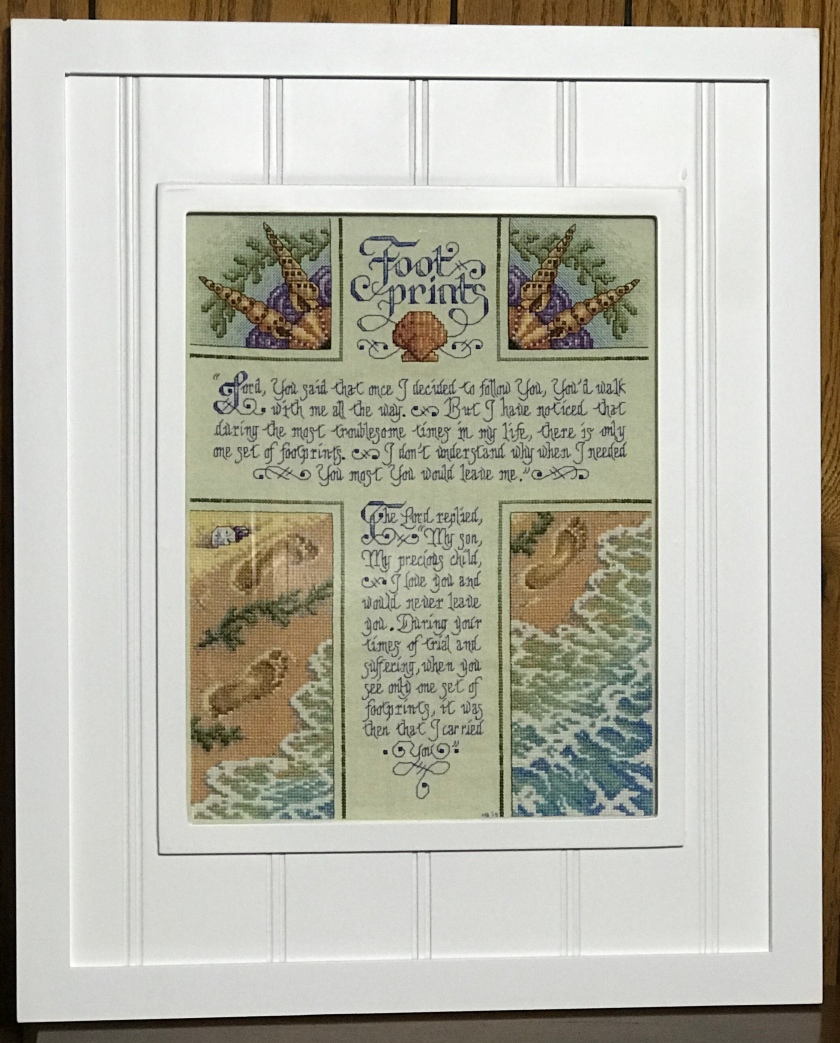 This one got a frame, too!

I have several more finishes from the last year and a half, but I’ll add them in another post later.

I’m a shift worker that was bitten by the stitching bug some years back. My primary hobbies consist of cross stitch, knitting, crochet (which has fallen by the wayside in recent times), reading and art in general. Due to my work schedule I can be found roaming the ‘net, keeping house, and happily stitching from my corner of the sofa at all hours of the night. I can also be found over on deviantART: https://silentnarrator.deviantart.com/ And on Instagram @3rd_shift_stitcher View All Posts